Thane is one of the few industrially advanced districts in the state of Maharashtra. Thane district is on the North of Konkan division. According to census 2011, it is third in the state in terms of population. Area of ​​the district is 4214 sq. Km. It is 1.37 percent of the state. The Sahyadri mountain ranges to the east and the Arabian sea to the west, the dense forest section of the Gujarat state on the north, and the south of Mumbai, which are considered to be world famous and the financial capital of India, are the four pillars of this district. The industrial area developed in Thane, Kalyan, Ulhasnagar, Ambernath, Bhiwandi talukas of the district and are under influence of Mumbai city’s modern culture. Out of 720 KM of coastal coast of Maharashtra State, Thane district has benfitted by 27 KM of coastal coast. 7642 hectare area is suitable for ground water fishing. Along with marine fishing, groundwater fishing is done as well. A big market like Mumbai is available for fishery and there is a great demand for fish production from the Gulf countries also.

In terms of industrial development Thane district is third in the state. Economic and social development of more than half of the district is due to industrialization. Maharashtra Industrial Development Corporation have developed 8 industrial estates. The international market and friendly ports like Mumbai, the convenience of communication and the facilities provided by the government, have made the industry prosperous in the district. Especially in the southern and western parts of the district, there is a centralization of industries. The industries registered in the district mainly produce large amounts of chemicals and medicines. Apart from this, medium and small producers of plastic goods, iron goods and powerloom fabrics are being manufactured in large quantities. After the Ichalkaranji in Maharashtra, the textile industry of Bhiwandi is known for its textile industry. The Central Government sponsored ammunition and arms manufacturing factory is at Ambernath. Due to increasing industrialization, large scale employment has been generated to skilled and unskilled workers. Although the mineral production is not very much in the district, the business of sand excavation for the construction works on a large scale in Mumra, Thane and Ghodbunder. 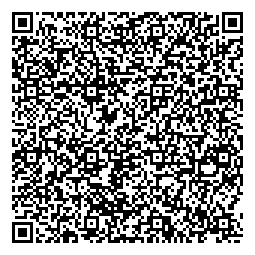