India is home to a diverse population playing many different kinds of sports across the country. Cricket is the most popular sport in India. Field hockey is the most successful sport for India at Olympics in which India has won eight Olympic gold medals. Kabaddi is the most popular indigenous sport in the country. Other popular sports in India are badminton, football, basketball, chess, shooting, wrestling, boxing, tennis, squash, weightlifting, gymnastics, athletics and table tennis. Some indigenous sports are also popular in India such as Kho-kho, Kabaddi, Fighter kite, Polo and Gillidanda among others. There are some popular sports which has originated in India such as Chess, Snooker and Kabbadi. India has won Olympic medals in Badminton, Wrestling, Shooting, Weightlifting, Boxing and Tennis. India has also won World Cups in Cricket, Field Hockey and Kabbadi.

Major international sporting events annually held in India include the Chennai Open in tennis, the Indian Masters in golf, the India Open since 2008 and Royal Indian Open since 2001 in badminton. From 2011 to 2013, India hosted the Indian Grand Prix Formula 1 race at the Buddh International Circuit, Greater Noida.

The National Games of India is a national domestic sports event which has been held in the country since 1924 and for developing multi-sports culture in India Khelo India School Games, an event for under-17 school kids, had been started from 2018 as its first edition. 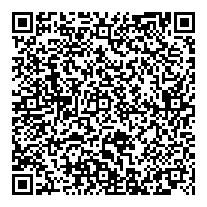